Hands towards the sky

Whistling through the night

We are more to realise

I am humming heart

Travel to the edge of dreams

To heat of sunbeams

Hands towards the sky

Live on Forever – The Afters

When Mother had instructed Mama Jain on Gaia’s multilevel program of regeneration, she had mainly dwelt on the larger portions of the program involving Gaia herself and had not explained the way this would work out with the rest of the Universe. It was therefore with some surprise and a bit of anxiousness that Mama Jain observed the tiny black holes that had begun forming in 12 points in the space all around the Northern part of Gaia. Upon closer observation of these black holes, she realised that they seemed to be growing in circumference and depth and wondered whether Gaia had concluded a pact with the Universe to have some of the excess weight on her surface sucked into other parts of the Galaxy.

From past experiences traveling through them, Mama Jain was aware that the black holes were portals that folded space time allowing travel within them at zero point or out of the realms of time and space. In the human world, this could only be described as instant teleportation from one point to another but without the disappearance of the object from the starting point. The situation was such with quantum status that the object never really disappeared from its initial point when it travelled across zero point but only multiplied in different gaseous and/or liquid states depending upon the type of the portals crossed and the destination point of the quantum self travelling. The black holes were merely the entrance point of the portals where the push pull energy could suck the quantum self in for a quantum travel across the Universe.

Mama Jain wondered whether she should take the risk of travelling through these smaller black holes as she was not sure they would have enough push pull to allow her quantum self to go through them successfully without losing portions of quantum self. Many of the portals she had crossed earlier contained similar types of needle’s eye entrances but as this occurred later on after the quantum self had picked up enough internal motion to stretch successfully, it had never been a problem. These black holes on the other hand were as small as those portals but were the initial point of sucking in the quantum self which would not have gathered enough internal motion to stretch successfully. Mama Jain thought back to the times when she had initially accompanied Mother across the portals and did not have enough experience to stretch successfully. The related bruises on her body when she had made it back to the human matter were a good reminder for her to practice more seriously the quantum transformation and the elongation of the particles. With time, it had become easier to stretch using the gathered internal motion which arose when the push pull field of the black holes helped the frequencies of the quantum self implode into further expandable particles.

Bluebird latched on to Mama Jain and they both sailed away from the black hole with Bluebird mentally explaining to Mama Jain what the black holes were for. Bluebird had visited the extremities of the black holes and had landed on to several worlds which were very similar to the Earth but which did not have any human beings on them. Some of them were in various stages of Earth’s earlier transformations and as per what Bluebird had gathered from discussions with some of the animals on some of the Earth clones as she called them, the animals had been sucked into these worlds through black tornadoes that had visited their Earth several days ago. Mama Jain thought that this probably meant that they must have left this Earth space several thousands of years ago at least. She wondered whether like them the Earth was subject to quantum multiplication when going through the black holes. She also wondered how Earth could go through such a small opening but Bluebird mentioned that the black holes would grow in time and would become large enough to bear the reduced size of the Earth when the time would come. Indeed, one of the black holes led into a total void where there were no worlds gravitating and Bluebird was under the impression that this is where their Earth would rematerialise. Mama Jain asked what of the other 11 black holes then which contained worlds and Bluebird mentioned that the animals had spoken of several ghost Earths that had travelled into them and after which certain species that had not existed on their worlds had appeared all of a sudden seemingly out of nowhere.

Mama Jain was puzzled at this information and wondered how to make sense of it. She called Mother but it seemed that Mother was too busy to answer. When Mama Jain had mustered enough courage to attempt entering the first black holes where Bluebird had mentioned there was a world, she saw all of a sudden the flashes of rivers announcing the presence of Mother and stopped to pay her reverence. Mother told Mama Jain that it was better for her not to enter the black holes now because her body was not fit enough to make it through without lasting trauma. Mother reassured Mama Jain that with the weaving that Bluebird was undertaking on her there was also a re-coding of her DNA that was happening and this was taking place with the unwinding of the closed coils so that she could activate a youth program which was far more powerful than the other things she had experienced.

Mother told her that the Ancient had called this program Regeneris because it extensively regenerated all the cells of the being that was subject to it. Mother explained to Mama Jain that as the Earth was a different kind of being, she did not have DNA to regenerate herself but the passage of her quantum being through the black holes allowed her to replicate the quantum changes that were consistent with the Regeneris coding. Mother finally explained to Mama Jain that ultimately the 11 worlds that were at the other ends of the black holes would merge together with the corresponding 11 black holes merging into the 12th black hole to form one huge black hole through which Gaia would move to rematerialise on the other side, reunited with the 11 other representations of her and that would be the regenerated Nova Gaia.

Mama Jain stayed still for a few moments after Mother had finished her explanations then asked in a hushed voice what about all the beings on the Earth and how would they survive. Mother told her that they would have been temporarily displaced if they had not lost enough of their density to be able to transform into easily dilatable quantum selves. Mama Jain looked at Mother doubtfully as she knew well that most of the human beings on Earth were so full of destruction and hate that they could hardly lift themselves off the ground, let alone fly and lose enough density to dilate their quantum selves easily. Mama Jain doubted that they would even be able to reach a quantum self status considering the absence of light particles in most of them. Mother reassured Mama Jain that those, if they had not died in the meantime, would have been temporarily lodged in other satellites and planets until their kind could create ships capable of travelling through the wormholes so that they could transport them there. For the others who were able to transform according to the quantum rules, they would stay on Gaia during her journey to the new space after their DNA had also undergone the Renegeris program.

Mama Jain wondered which were the planets that would be temporary hosts for the dense human beings and was glad that she would not have to be one of them. She thought back to how she had wondered why her face looked so different after the first few days of Bluebird’s weaving and understood finally what was happening. Mother told her that before the end of the month the transformation would have occurred and she would be fit enough to travel through the black holes and discover each of the worlds that Bluebird had discovered. Mama Jain smiled and took leave of Mother before allowing Bluebird to settle back on to her back as they floated downward back home.

Flight From The City – Jóhann Jóhannsson

The end of merry go round

When cheek falls to ground

Worn out by ventures

Ashes floating in the light

Nations gathered for the ban

As spring makes its way

Wish upon a star

I will reach you there

Flowing through the bones

A world of belief

Promise of pearls for my heart

Hope a glimmer of relief

As spring makes its way

Written using the words from Ronovan Writes Haiku Prompt and challenge for this week, Hope and Crystal. Pingback and rules here

To where I will bloom

Where sand had rusted

The wind howled on bleak

The light hid in play

Where barren neighboured the lush

Whisper to me feats

In the mind’s eye that listens

I will bid you tales

There was a road spent

In travel to chances dreamt

This ride has begun

A long and dusty road blinks

When butchers cut the pieces

They square them smallest

When all else has failed

What more to rid now these lands?

Only my hopes’ pearls

Between two worlds I flicker

A ghost of myself

We are all going somewhere

Once on other side

Remember me by the touch

Dilates and shrinks as I sail

To where I will bloom 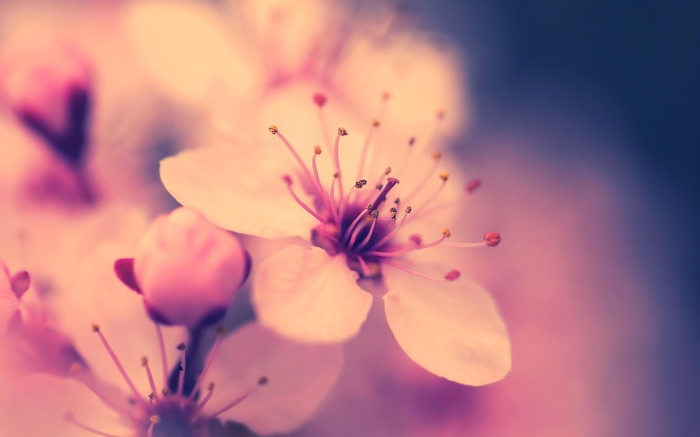