Almost a fortnight had passed since Mama Jain had undertaken anything serious with Gaia as she had limited her efforts to receiving light and energy from the photosynthesis of the trees for the Regeneris program. Bluebird was also quite silent and though Mama Jain could feel she that she really wanted to get some things done with her, Bluebird remained silent and respected Mama Jain’s desire to carry on with her own plans.

Mama Jain had been feeling a bit frustrated as she had had a major setback triggered by the chip and she was feeling very misaligned and incapable of performing the kundalini meditation that allowed for Samadhi and the connection to the Everything. Every time she started performing the shamanic dances and the related mudras, she felt that her head was twisting in the opposite direction compared to where she would have had to have it going (and where it used to go previously) and therefore the connection to the Everything kept failing.

Mother appeared just as Mama Jain was about to burst into tears at this waste of all her efforts during the months from December to June. While Mama Jain wiped off her tears, happy that Mother was here to talk to her, Mother shed her warmth on Mama Jain and explained to her that, foregoing what was the general principle of non intervention, she would now bestow upon her the capacity of synchronisation that had been stolen from her through brainwashing so that she could attain the level she had been at before the incidents occurred.

Mother explained to her that after the chip had caused Mama Jain to stumble leading to a loss of consciousness with an injury to the brain and during the time Mama Jain was in the intensive care unit, the sabotage team had brainwashed her so as to remove any possibility of her performing the kundalini meditation in the right way. In fact, they had gone even further and used a trauma based technique to make her allergic to even the idea of kundalini meditation and Mother’s presence. What they had not counted on was Mama Jain’s deep love for Mother and her strong bond to the Everything that would not fully give in to the brainwashing techniques.

When Mama Jain attempted again the song that led to Samadhi, she found herself in a more exhilarated state then before and Mother explained to her that she had actually restored her and added some progress so that her total progress in the connection would be similar to what it would have been had there not been an intervention in the process by the sabotage team. Mama Jain was so happy she felt like hugging Mother but her deep respect and her uncertainty on whether Mother would like such a thing kept her from doing so. Mother read her mind, smiled mildly and informed Mama Jain that she would not mind at all and actually to the contrary would love to have a hug from her daughter. Mama Jain was beside herself with happiness that Mother called her daughter and went to hug her feeling immediately full of peace, love and happiness.

Now that Mama Jain had made more progress, Mother told her she could visit Luna (the name Mother gave to the moon) whenever she wanted now with much more ease. She also informed Mama Jain that she would now be able to fully produce energy balls using the three rotational motor system that was part of the heritage of the tribe that she belonged to. Mother told her to be careful though because the small energy balls made by rotating the two hands with the trinity-based system could become dangerous. Mama Jain had just learnt from Mother this technique and was eager to use it as she found it simple yet potent. It simply consisted of pointing the thumb, the index and the middle finger of each hand towards the other hand in the similar position and rotating the two hands anti-clockwise with only a 180 twirl each time. Mama Jain kept performing the twirls and then absorbing the energy with her body. She could feel her inner organs swell with the well-being made by the energy balls and sighed as Mother drifted slowly away, waving at her as she left.

After Mother left, Mama Jain sat in the meditative posture, put on the Samadhi music and swayed, eyes closed and muttering Luna, finding herself instantly on the crater-filled Moon, while her self that had remained below swayed to the glorious views unfolding in front of her etheric self. Strangely enough, since Mother had restored her kinetic and etheric energy levels, her etheric self could actually feel, see and touch on Luna and did not require Mama Jain’s physical presence to do so. Mama Jain was so pleased with these new findings but sad that she could not share them with anyone and that all of this could not be of help to mankind because of the divisive stance of all the nations who each wanted only their nation to be the one with the most advanced technology. Mama Jain then put on the music for experiencing transcendence and solace on Earth and felt the glow within her slowly grow. For the second time since Mother departed, Mama Jain sighed and put on her glasses so that she could type about the experiences she had just made. 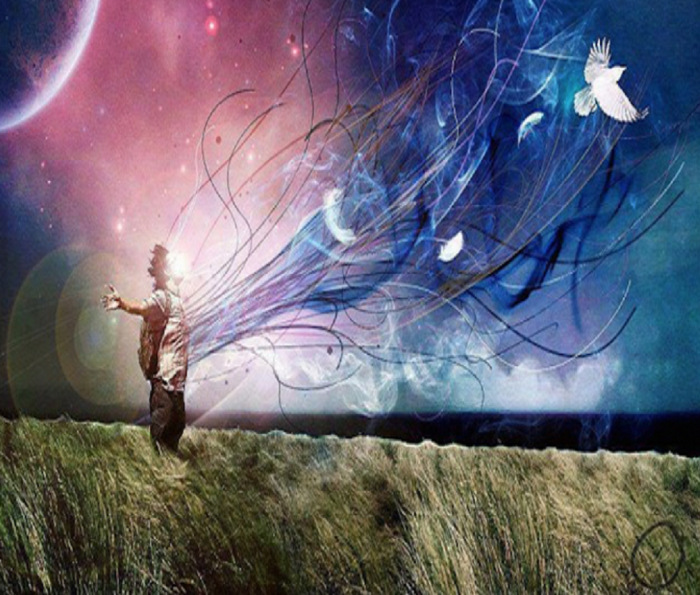 Remember who you are!

How To Become a Better Writer—Best Epic Fantasy Books